Parabiologists and Conservation in the Bolivian Chaco: towards true integration of indigenous Communities, Bolivia and Paraguay 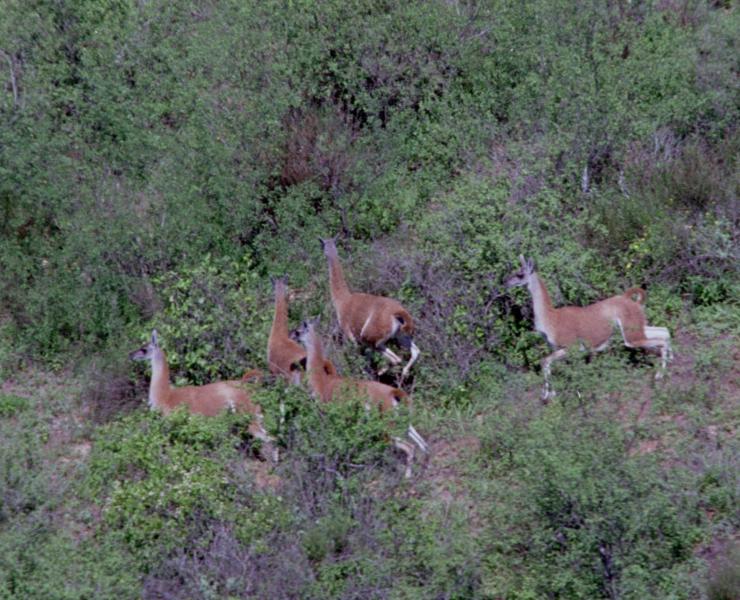 Though less known than the Amazon, the Gran Chaco dry forest of South America is of unique importance for biodiversity. Like the Amazon, it is under threat. All across its expanse, unmanaged land settlement and large scale infrastructure development are stimulating regional-scale shifts in human populations. The relentless advance of mechanised agriculture is the greatest threat to the fragile Chaco across Paraguay, Bolivia and Argentina. Only one remaining expanse still remains relatively undisturbed – Bolivia’s 34,000km2 Kaa-Iya National Park and, alongside it, 19,000km2 of adjacent Isoseño Guaraní native land.

Kaa-Iya is the largest protected tropical dry forest in the world and is also the first national park in South America to be proposed by an indigenous group. The Isoseño have successfully administered the park for over a decade. Their land, together with the park, represents the best conservation opportunity for the region’s wildlife, particularly for the critically endangered Chacoan guanaco. Guanacos are primarily threatened by cattle ranching, as overgrazing has virtually eliminated the natural Chaco grasslands. Bolivia’s last 200 guanaco are restricted to relict grasslands along the southwest fringe of the national park, next to the the Paraguayan border.

Conservation biologist Erika Cuéllar, 35 and a native of the region, has worked alongside the Isoseño for the past ten years. In 2002, she consolidated the Guanaco Conservation Project, a bi-national effort with Paraguay to improve rangeland management for the natural recovery of the guanacos.

Erika is deeply committed to a future where the Isoseño are not merely ‘helpers’ but rather managers with an equal stake in conservation. Part of their success in administering the park has been due to Erika’s programme, which trains locals as ‘parabiologists’ equipped with professional field research skills. Erika is now training more community members to extend the parabiologist concept as a formal model for participatory conservation in South America.

Watch a talk by Erika discussing her important and innovative work

As part of her Whitley Award project, with joint support from WCS, Erika and her team have created a comprehensive Parabiologist training manual, now available for download.

Erika returned home to a vibrant welcome and accolade – we thought many of you might like to read her email to us:

On my arrival in Bolivia I was expected by one of the national TV Channels at the airport and they interviewed me there. Family, friends, and other people were waiting for me with local and national flags and a group of local musicians… I mentioned the flags because this is very important for the people specially at this stage when thousands of Bolivians are migrating to other countries with the hope of a better life. For those remaining at home it is important to see that two Bolivians got an international recognition…

Two days later I was invited by a TV programme and I was interviewed and they showed my work. They showed the photo with the princess and after that interview, I received many phone calls from people asking me for opportunities to get involved in the course, and also from people from remote parts of the Santa Cruz department (where the TV exists) congratulating me.

Two weeks ago I was invited to give a talk in the Natural History Museum of Santa Cruz commemorating the ‘World Biodiversity day’ and there they gave me a recognition (with a trophy) in the name of the Museum. Last week I was interviewed by the editor of a women´s magazine (Para ellas) which is part of the El Deber Newspaper. I also received a letter of congratulations from the director of the ‘Comite pro Santa Cruz’ which is the top civil authority (like the city council) representing the Santa Cruz department.

Three days ago I was invited to give a talk at the Gabriel René Moreno University (from which I graduated with my first degree) and after the conference they gave a recognition (another trophy) on behalf of the university. I also received invitations to collaborate with the process of academic improvement regarding new course units at the Faculty of Biology at the local university.

I believe that the Whitley Award has opened many doors for me and also is promoting many recognitions from my own people to me as a professional and to my project. It is impossible to describe the feeling I experienced the days after I arrived: people on the streets, in the shops, were looking at me with happy faces, with pride. I am really grateful to WFN for all of that.

A big hug to you all,
Erika

Conservation and sustainable use of the Atlantic Forest, Paraguay

Conservation of the Spectacled Bear in the Bolivian Andes